Vermont County records vary widely from county to county in both quality and quantity. Some have been carefully preserved while others have been much abused and neglected. Some Vermont records have simply disappeared.

For genealogists doing research in Vermont there is no effective replace for an on-site search of county courthouse records. 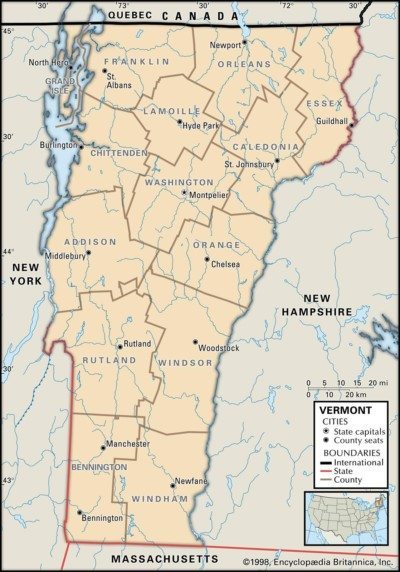 Counties don’t have much meaning in Vermont politically.

However, there are some court records, records for unorganized towns and a few other bits of information available in the various county offices. The county designations were also used during the taking of censuses.

The probate districts and political boundaries line up for nine Vermont counties. However, there are 6 counties that each had two probate districts. They are: Addison, Bennington, Orange, Rutland, Windham, Windsor

Vermont has counties that no longer exist because they were discontinued, renamed or merged with another county.

See the History of Vermont Counties for more details.