Idaho County records vary widely from county to county in both quality and quantity. Some have been carefully preserved while others have been much abused and neglected. Some Idaho records have simply disappeared.

For genealogists doing research in Idaho there is no effective replace for an on-site search of county courthouse records. 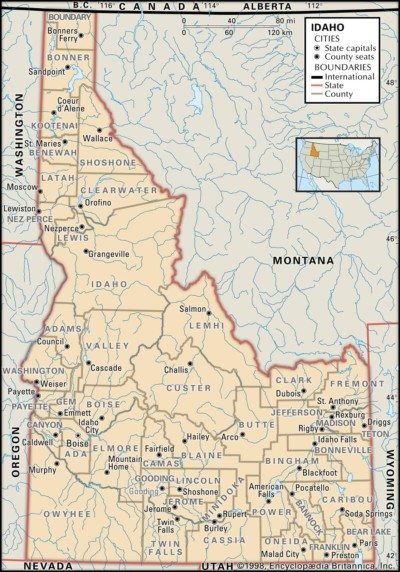 There are 44 counties that exist in Idaho.

The county recorder’s office has land records on file. Probate records can be accessed through the probate clerk. The district court clerk, meanwhile, holds court records.

Some counties have vital records on file from before the time when it was mandatory to record such records.

Court records, including minutes and judgments, from before the counties were formed are also available, along with some land records.

The district court clerk’s office holds naturalization records, which generally start at the time when the county was founded.

Idaho has counties that no longer exist because they were discontinued, renamed or merged with another county.

See the History of Idaho Counties for more details.