Florida County records vary widely from county to county in both quality and quantity. Some have been carefully preserved while others have been much abused and neglected. Some Florida records have simply disappeared.

For genealogists doing research in Florida there is no effective replace for an on-site search of county courthouse records. 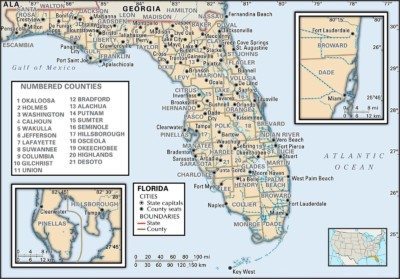 The office of the clerk of the courts in each county typically holds the marriage records for that county. County health departments typically hold original death and birth certificates.

The LDS church has put many of the court records on microfilm and made them available at the FHL. Researchers can order copies, as needed.

Most counties have also published “official records” online. Although none have published records for dates later than January 1, 1990.

Those records consist of Deeds, Marriage Certificates, Judgments, Liens, Probate Documents. Indexes to documents from earlier dates are available for some county records. Copies of records can be purchased online. Stendra or Viagra? https://www.rpspharmacy.com/stendra-vs-viagra/

Among the records useful to the genealogist and usually held by the county courthouses are original marriage and divorce records.

Land grants, homesteads, deeds, mortgages, and similar or related records are found in earlier individual books, but for a number of years in most jurisdictions such records have been combined into “Official Record” books. Tadacip http://valleyofthesunpharmacy.com/tadacip/

Florida has counties that no longer exist because they were discontinued, renamed or merged with another county.

See the History of Florida Counties for more details.