Their publications, newsletters and quarterlies, supplement those produced by the local societies.

Why Enroll In A Genealogical or Historical Society?

Joining a genealogy society could be a rewarding experience for individuals performing genealogy research. Expand your family history and genealogy understanding, receive help discovering your ancestry and family history while assisting other people locating their own.

Study new ideas and guidelines to help you discover your family tree and find out more about your historical past. Have a look in each state society directory, you will find many Societies and related groups to participate in the U.S.

While records of birth, marriage, and death are the usually sought and the most consistently helpful records, only the genealogist's imagination and resourcefulness limit newspapers' usefulness in giving clues about historical occasions, local history, probate court and legal notices, land transactions, political biographies, announcements, notices of new and terminated partnerships, business advertisements, and notices for settling debts.

Newspapers can provide at least a partial replace for nonexistent civil records. For instance, a person's obituary may have appeared in a newspaper even when civil death records for that individual do not exist. And newspapers are an important source of marriage records, particularly in those states where civil recording of marriages was essentially nonexistent until the 20th century.

Unlike official records, newspapers are not limited to a particular geographical area. They often include incidents of the weddings of local citizens (even those that happened in a neighboring county or another state), and they often times report visits of geographically distant relatives or the visits of former local residents. They frequently published death notices of individuals who had left the area long before but who still had local loved ones as well. In each case the newspaper account can identify the date and place of an incident, thus opening the possibility of turning up additional documentation in other sources.

The first part of searching a newspaper is to recognize those which served the area of interest and which have survived. The three most necessary tools are:

One of the most difficult challenges facing genealogists is finding all the information for a particular ancestor and a specific geographic area of interest, the challenge of comprehensive searching.

So much of the success one enjoys, or the frustration one endures, is directly tied to finding and using the widest range of sources. The many different kinds of magazines and periodicals published by individuals and organizations in the field are often overlooked sources of genealogical clues.

With the many thousands of periodicals currently being published or having been published, the task of finding specific geographic and surname data may at first appear daunting.

But there are numerous ways of both finding the right periodical and locating the meaningful articles for research.

These ways come in the form of directories and lists as well as a wide variety to indexes providing access to the world of genealogical periodical literature. 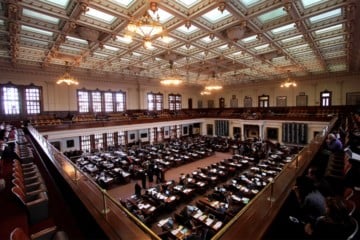