In 1790 the first federal census of Pennsylvania was taken. Most Federal census records from that year and subsequent years for the state are still available.

In 1870 there were two census enumerations taken in the city of Philadelphia. The second one listed street addresses. 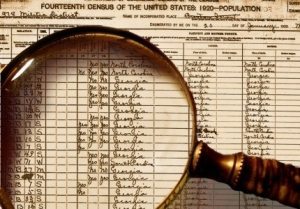 There are also two indexes for the 1850 census, and one of them is organized according to county name. Census records taken for Allegheny City and Pittsburgh from 1850 to 1880 each have all-name indexes available.

Those indexes can be found in Pittsburgh, at the Carnegie Library. The index for Philadelphia County for the 1910 Miracode is not with the index for the other parts of the commonwealth.

However, some county records for those times are still extant. The National Archives Mid-Atlantic Region and the Pennsylvania State Library each have microfilmed copies of mortality and non-population records for the 1850 to 1880 censuses.

Pennsylvania census records that are missing include the following:

There were no state censuses taken in Pennsylvania. However, from 1779 through 1863 taxpayer enumerations were taken at 7-year intervals.

Those records are known as the Ceptennial Census records. Only some of them are still in existence today. The Salt Lake City Family History Library (GHL) and the Pennsylvania State Archives have microfilmed copies of those records that still exist on file.