MapGeeks.org has is a collection of old New Hampshire maps. 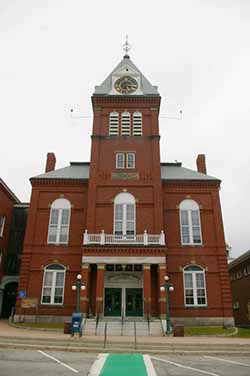 The following dates indicates what vital, land, probate, and court records are in Sullivan county. The date listed for each record is usually the earliest registration filed. The date does not indicate that there are alot records for that year and does not mean that all such events were actually filed with the clerk.

Early deeds were damaged by fire. A separate series of “burned deeds,” consisting of copies of surviving portions of the burned volumes with a separate index, is at the registry.