Belknap County, New Hampshire (Map It) was created on December 22, 1840 from Strafford County. The county was named in honor of Jeremy Belknap (1744-1798), early New Hampshire historian.

MapGeeks.org has is a collection of old New Hampshire maps. 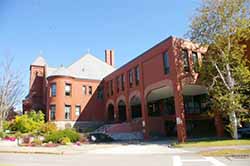 The following dates indicates what vital, land, probate, and court records are in Belknap county. The date listed for each record is usually the earliest registration filed. The date does not indicate that there are alot records for that year and does not mean that all such events were actually filed with the clerk.

County courthouse has copies of Strafford County deeds covering land that became part of Belknap after formation in 1840.