Butler County, Kentucky (Map It) was created on January 18, 1810 from Logan County and Ohio County. The county was named in honor of Richard Butler (1743–1791), Revolutionary War general .

A Map of Butler County, Kentucky contains detailed information about roads and boundaries, these maps may include rural communities, churches, and cemeteries. 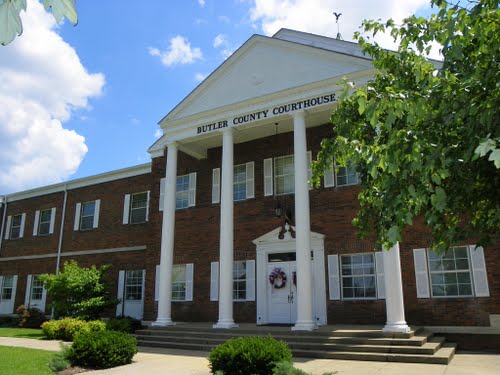 The Butler County Courthouse is located in Morgantown, Kentucky. The courthouse was burned in 1872. Learn More About State of Kentucky Court, Tax, Land and Probate Records.