Union County, New Jersey (Map It) was created on March 19 1857 from Essex County. The county was named for the union of the United States, which was being threatened by the dispute over slavery .

A Map of Union County, New Jersey contains detailed information about roads and boundaries, these maps may include rural communities, churches, and cemeteries. 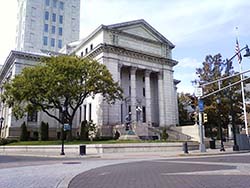