Crittenden County, Arkansas (Map It) was created on October 22, 1825 and was formed from Phillips County. Parts of Crittenden County was used to form the following counties: Cross 1862, Lee 1873, Mississippi 1833.

A Map of Crittenden County, Arkansas contains detailed information about roads and boundaries, these maps may include rural communities, churches, and cemeteries.. 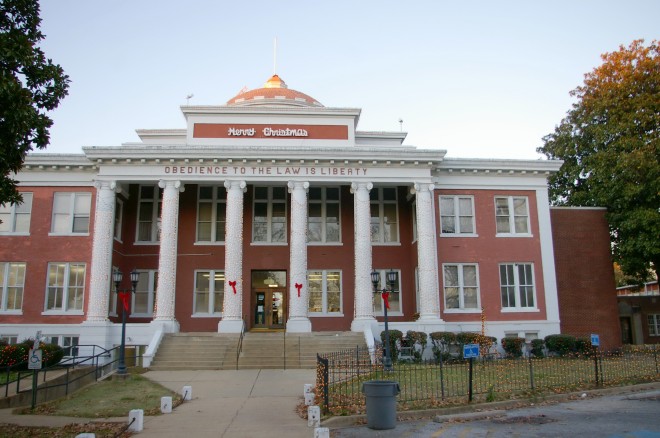 The Crittenden County Courthouse is located in Marion, Arkansas. The records of this county are intact except that during the reconstruction period, a few pages of the deed records and of the chancery court records were mutilated, and the taxbooks for the year 1878 are missing. There are deed records much older than the county and the original deed records, A and B, are now hardly legible. Many of these early deeds are in Spanish. The records are in good state of preservation with the exceptions named above. Learn More About State of Arkansas Court, Tax, Land and Probate Records.

The following dates indicates what vital, land, probate, and court records are in Crittenden county. The date listed for each record is usually the earliest registration filed. The date does not indicate that there are alot records for that year and does not mean that all such events were actually filed with the clerk.