Union County, Kentucky (Map It) was created on January 15, 1811 from Henderson County. The county was named for the unanimous decision of the residents to united together and create a new county .

A Map of Union County, Kentucky contains detailed information about roads and boundaries, these maps may include rural communities, churches, and cemeteries. 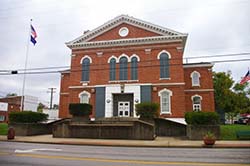