Georgia Government records cover a broad range of genealogy subject areas that can help you as part of your research, such as land ownership, courts, taxes, and naturalization’s. Given that Georgia court records cover such a wide selection of topics, they could aid you in many different ways.

As an example, they could aid you in finding ancestors’ residences, identify occupations, locate financial information, determine citizenship status, or shed light on relationships between individuals. The whole thing relies upon on the type of court records that the ancestors” names show up in. For Definitions of all court terms see the Genealogy Encyclopedia.

Georgia Courthouse records change extensively from county to county in both level of quality and volume. You will find different kinds of court records that are most likely to possess information related for your genealogical research below. 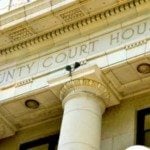 Most of the court records from colonial Georgia no longer exist today. The state constitution of Georgia caused the creation of two county level court systems in 1777. Superior courts heard civil, criminal, and divorce cases, along with handling military discharges, homestead issues, slaves, prisons, and naturalization cases. Courts of ordinary handled probate cases, as well as cases regarding voting, marriages, licenses, minor debts, paupers, and indentures. Records of court minutes can be useful to genealogies.

In 1798 inferior courts were established. They handled probate cases until 1852. They also handled misdemeanor cases and civil matters. In 1846 the Georgia state supreme court was established. The Georgia Archives holds the records and files from that court system. The Georgia Reports also features published decisions from that court and is published each year. The National Archives-Southeast Region holds all of the circuit court and federal district court records for Georgia except the ones from recent years.

The Georgia Archives holds asylum and prison records for the state of Georgia. After each of those records is at least 75 years old it is available for public research purposes.

A large collection of Georgia’s county court records is available at the FHL. Many can also be found at the U.S. Circuit Court, District of Georgia.
See Also Guide to U.S. Court Records Research 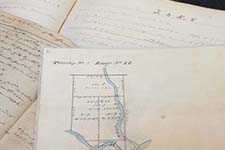 Most surviving pre-1900 county land records, including deeds and land court minutes, are on microfilm at the Georgia Department of Archives and History and the FHL.

Some of the most important records for Georgia are the tax digests, and the property and land records. The Georgia Archives has surviving state and colonial records of land grants. Many of them are original documents that have not been microfilmed. However, most of the surveys (plats) from before 1776 no longer exists. Neither do some of the last colonial land grants.

On February 17, 1783 a law was passed providing bounty-land and headright grants in Georgia. Each head of household was given 200 acres of land for free and could pay 1 to 4 shillings for each set of 50 additional acres, one of which could be purchased for each slave or other family member. However, each grant has a 1,000-acre limit. Grant and survey fees had to be paid by each grantee. Anyone who already occupied land at that time as a result of colonial grants from before Georgia gained statehood was allowed to keep their land.

The act that passed in 1783 also called for each county to have its own land court. However, most of the county land court records are no longer extant, except for those from Wilkes County. In order to obtain a warrant of a survey for a land grant, the applicant had to swear to five justices under oath that he was stating his family size and number of slaves accurately. After the applicant’s land was surveyed by the county surveyor, the surveyor general’s office was set a copy of the survey plat. The county kept the original document. Each applicant had to agree to cultivate at least 3% of their total land acreage and live on the land for a minimum of one year. Once the requirements were met, the applicant could pay the fees and apply for a grant. The grant would then be issued to the applicant and recorded. Counties where headright grants were awarded were: Bryan, Bullock, Burke, Camden, Chatham, Clarke, Columbia, Effingham, Elbert, Emanuel, Franklin, Glascock, Glynn, Greene, Hancock, Hart, Jackson, Jefferson, Johnson, Laurens, Liberty, Lincoln, Madison, McDuffie, McIntosh, Montgomery, Oconee, Oglethorpe, Richmond, Screven, Taliaferro, Tattnall, Warren, Washington, Wilkes

Soldiers who served in Georgia’s military were given bounty-land grants. From 1781 to 1782 come civilians were also given grants, along with those from Georgia who continued the war in other states, who were known as “refugees.” Abstracts exist for most Georgia bounty certificates from the Revolutionary War. However, civilian certificates have not been abstracted.

On February 25, 1784 another bounty land act was passed and land was given out in other counties. Those grants were given to veterans of the Navy and the Continental Line. Bounty-land grants from that act were mainly given out in what became Greene County later on.

Two lotteries were held in 1832 as well. Every citizen of the state could participate in the lotteries. However, special consideration was given to veterans during the lotteries of 1820, 1827, and 1832. There are several published lottery books, which may help resources pinpoint the location of ancestors at the time when the lottery was held.

Deeds from times when lottery lots were resold can also be useful sources of information. Each county recorded those deeds for lands within that county. Each county’s superior court clerk recorded land transactions that were conducted between individuals privately.

Most land records from before 1900 that still exist today are at the FHL and at the Georgia Archives on microfilm. That may include land court records, as well as deeds. However, most of the individual courthouse plat books for each county have not been placed on microfilm. See Also Guide to U.S. Land Records Research 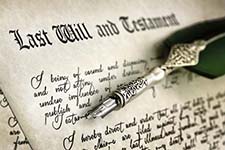 The colonial capital of Savannah handled most of the pre-1777 estate cases. The Georgia Archives holds many colonial deeds, mortgages, deed of gift records, and colonial estate records.

There are no surviving colonial tax records for Georgia. Extant tax records were recorded on a county level and date back to the 1780s.

As of 1783 land in Georgia was taxed according to its quality and how much land the person in question owned. All white males over the age of 21 were polled for tax purposes. Other taxes had to be paid by free persons of color, or for slaves, improvements, buildings, and town lots. Lawyers, doctors, and merchandise were also taxable. The resulting tax digests led to the creation of multiple tax digests. Those records can substitute for missing census records, or supplement existing records.

The National Archives Southeast Region holds federal direct tax records for the years of 1865 to 1873 for Georgia. The 1865 and 1866 records have been microfilmed.

1818-1839: The acts during these years are all based on the tax act of 1817. These tax acts continually revive preceding acts, often with amendments. Many simple tax questions can be answered by a glance at the 1817 law. Complex or refined questions may require consulting the specific act for the year in question and then backward through a chain of revived acts.

1840: This act revives the Tax Act of 1804, with amendments. This was probably an attempt at simplification. The stated intention was to make this act permanent.

1843-50: The final years of the first half of the nineteenth century the Georgia Legislature re-enacted the 1840 act, which itself was a revival of the 1804 act. The 1847 act did require that taxes be paid in the county in which the land was held in jurisdiction. Previously, the tax had been paid in the county of residence. See Also Guide to U.S. Tax Records Research 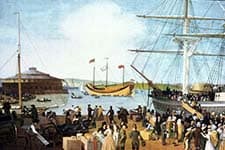 One of the southern immigration ports for the United States was located in Savannah, Georgia. Many early passenger lists are available for research, but some are incomplete. They can be found on federal microfilm M575. The FHL and the National Archives each also have lists of passengers for ports all along the Gulf Coast and the Atlantic Coast, including Savannah.

The North Carolina Genealogical Society Journal and the Virginia Genealogist periodical each published many British merchant claims. Those publications show migration patterns for families in the state prior to 1810. Before 1820 passports of good character were issued by Georgia governors for any families who were headed west and had to pass through Indian lands to get where they were going. See Also Guide to U.S. Immigration Records Research