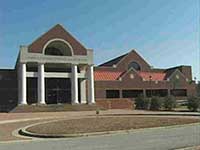 The Prince George County record dates below are from the earliest date to present time. They may include records of land, estates, taxes, vital records, divorces, naturalizations, voter registration, military discharges and court records.

Most county court records were burned during the Civil War. A few record books survived and, proving that there is always hope, the volume in which deeds and wills were recorded between 1710 and 1713 was found within the last decade.