Butler County, Iowa (Map It) was created on January 15, 1851 (Organized in 1854) from Unorganized Territory. Butler County was named in honor of William Orlando Butler (1791–1880), War of 1812 hero and a unsuccessful candidate for the vice presidency from Kentucky and general in the Mexican-American War

A Butler County, Iowa County and City Maps contains detailed information about roads and boundaries, these maps may include rural communities, churches, and cemeteries. 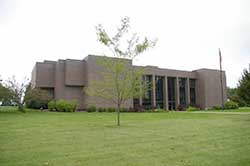 The Butler County Courthouse is located in Allison, Iowa. Butler County was attached to Buchanan County & Black Hawk County for a breif time. Some early records may be found there. Learn More About State of Iowa Court, Tax, Land and Probate Records.