North Carolina, originally known as Carolina, and the home of the first English colony in the Americas and has played a significant role throughout U.S. history. It was formed on May 20th, 1775 from the original North Carolina Colony. It was named in honor of King Charles I, North Carolina, state in the southeastern United States.

It is bounded by Virginia on the north, Tennessee on the west, and South Carolina and Georgia on the south. The Atlantic Ocean forms its long irregular eastern boundary. Raleigh is the capital of North Carolina. Charlotte is the largest city and the center of the state’s most populous metropolitan region.

Virginia residents were the first to move to North Carolina and established permanent English settlements. They heard stories of a wonderful climate, plenty of resources, and fertile land. Around 1650 they came to Albemarle Sound. They bought land from the Native Americans in the area. In 1653 Roger Green was given land near the Roanoke and Chowan rivers by the Virginia Assembly. The first house in the western part of Albemarle Sound was constructed by Nathaniel Batts.

The first English claims to North Carolina land took place as early as 1497. At that time an explorer named John Cabot, who was representing Henry VII, came to the New World. It was that early exploration that gave weight to the 1629 land claims made by Charles I to the land then known as “Carolana.” He gave Sir Robert Heath permission to settle there. However, Charles I was executed in 1649 before that settlement could begin.

In 1663 those men, collectively called Lords Proprietor, were given Carolina by Charles II. In 1665 the grants were extended and revised, once Heath’s successors’ claims had been voided.

There are two major things that have had an impact on North Carolina’s development throughout the years. The first is that there is no natural harbor along the state’s cost, which slowed down commerce in the area. The only river in the state that flows to the Atlantic Ocean is Cape Fear River, and it is aptly named. The Frying Pan Shoals in it make it difficult to navigate. So, most North Carolina settlers came from other areas by land routes. The fact that there were around 35,000 Native American people living in the region at the time of early settlement was also a major factor. However, they were mainly friendly and helpful early on, teaching planting and agricultural techniques to the new settlers. However, the white settlers brought diseases and conflicts to the Native Americans, eventually leading to war and the removal of many tribes to reservations.

In 1710 colonists from England, Germany, and Switzerland founded New Bern. Christopher de Graffenried led that group. Those colonists came from Europe to Virginia. Then they traveled by land to the North Carolina area. Unfortunately, they couldn’t plant crops because they arrived too late in the year. Nevertheless, the settlement survived and New Bern became the biggest North Carolina town during colonial times. Unfortunately, the town was located on the Tuscarora hunting grounds. In 1711 the colonists were left vulnerable during the Cary Rebellion. That led to the Tuscarora Indian War, which lasted from 1711 to 1715.

King James II was on the throne of England in 1729. At that time, 7 out of the 8 Lords Proprietor sold their lands to him. The only one who did not was John Carteret, Earl Granville. That ended the period of proprietorship. That led to expansion in North Carolina, which had not been heavily populated up to that point. Soon several German and Scots-Irish settlers came to the area from Pennsylvania along the Great Wagon Road. They came into North Carolina through Virginia’s Shenandoah Valley. Only a small Highland Scot group came to the area by water. What is now Forsyth County was home to a group of Moravians. They bought 100,000 acres of land there in 1753 from the Earl of Granville. They called their settlement “Wachovia.” North Carolina residents worked hard to secure their independence from England. In 1774 the Provincial Congress gathered at New Bern to try to gain independence. However, not all residents of the area supported the cause. The Highland Scots were especially loyal to Great Britain. Many of them joined Loyalist military groups.

The Constitution of the United States was ratified by North Carolina in 1789. It then ceded lands to the federal government. Those lands were located in present-day Tennessee. In 1792 Raliegh became the capital of North Carolina. The state’s constitution, which was created in 1776, seemed to heavily favor towns in the eastern part of the state. So, in 1835, a constitutional convention was held and a new constitution for the state was created.

In 1860 North Carolina wasn’t really in favor of secession. However, when the governor at the time, John W. Ellis, denied requests from the federal government for troops to help against the Southern rebellion, North Carolina joined the Confederate side of the battle. During the battle, around 125,000 Confederate troops came from North Carolina. No other southern states contributed as many troops. More than 14,000 of those North Carolina troops died in battle.

North Carolina became quite industrialized after the Civil War ended. The tobacco, furniture, and textile industries all grew and thrived. 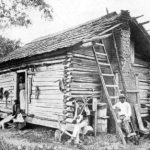 For example, after the Tuscarora War (1711 to 1715), the Tuscarora tribe relocated to New York. From 1825 to 1842 they were pushed even farther to the west, along with the Cherokees, into what later became present-day Oklahoma. However, several members of those tribes hid in the North Carolina mountains. They later became a band of eastern Cherokee Indians. Other Cherokees petitioned the state to gain official citizenship. If they proved that they could take care of themselves, they were given official certificates of residency.

The federal government maintains most Cherokee records. Many of those records can be found at the National Archives, including petitions to stay in the East, migration registers for those who went to the West from 1817 to 1838, and the 1835 Cherokee census record, known as the Henderson Roll. The Henderson Roll listed Cherokee Nation members from Alabama, Tennessee, Georgia, and North Carolina. The 1898 to 1939 Eastern Cherokee Reservation Census Rolls at the National Archives can also be a valuable source of information.

On July 1, 1902 Congress passed an act that gave jurisdiction over treaty stipulation claims between the United States and the Cherokees to the United States Court of Claims. The court found in favor of the Cherokees in all three of the suits that it tried. Over a million dollars was given by Congress to pay for those claims and the Secretary of the Interior was given the job of finding the Cherokee descendants who were entitled to portions of that money.

All Western and Eastern Cherokees who were alive as of May 28, 1906 and could prove that they were Eastern Cherokee Tribe descendants were to receive money. Claims had to be filed before August 31, 1907 with the claims agent. Almost 46,000 claims applications were filed on behalf of around 90,000 individuals. Around a third of those claimants were actually entitled to money. Eligibility was determined using 1835 to 1884 rolls and census lists, eventually leading to the creation of a new Eastern Cherokee Enrollment list in 1910.

The Five Civilized Tribes were given land by Congress on March 3, 1893. Congress also created a commission that was responsible for determining who was eligible to actually live on that land. More than 200,000 applications were filed. In 1903 allotments started to be handed out. All applicants had to submit affidavits and other documents to prove that they were part of the Cherokee Nation.

Some North Carolina Cherokee records can be found in Oklahoma City at the Oklahoma Historical Society in their Indian Archives. The collection housed there contains around 6,000 bound volumes, about 3 million manuscript pages, and other documents relating to the Five Civilized Tribes. Aside from the collection held at the National Archives, it is the largest Native American document collection in the country. The North Carolina State Archives also holds many Native American resources, which it lists on its website.

Lastly, websites such as those listed below will provide state-specific genealogical details that can work wonders for North Carolina genealogy enthusiasts.: